In summary “E-cigarettes are much less harmful than tobacco but are not completely safe. They contain significantly less harmful chemicals which cause diseases related to smoking but the long-term impact of using e-cigarettes will remain unknown for some time”

False fears preventing smokers from using e-cigarettes to quit
Over half of smokers believe nicotine vaping products are equally or more harmful than smoking despite US vaping deaths being caused by substances banned in UK.

The report provides an update on the use of nicotine vaping products among young people and adults, and public perceptions of the harmfulness of vaping. It also takes an in depth look at the evidence on e-cigarette use in people with mental health conditions and pregnant women.

Current vaping use has remained stable in adults and young people since the last report. Of concern is the increasing number of smokers that now believe vaping is more harmful than smoking. This is out of line with expert reviews from the UK and US concluding that using regulated nicotine vaping products is far less harmful than smoking.

PHE’s advice remains that smokers should switch to e-cigarettes to help them quit smoking, but non-smokers should not take up vaping.

E-cigarettes are much less harmful than tobacco but are not completely safe. They contain significantly less harmful chemicals which cause diseases related to smoking but the long-term impact of using e-cigarettes will remain unknown for some time.

The mistaken belief that e-cigarettes are more harmful than smoking increased rapidly among UK smokers following the US lung injury outbreak in autumn 2019. US authorities have now confirmed that vitamin E acetate, a thickening agent added to cannabis vaping products, was a primary cause of the US outbreak. This substance is banned from UK-regulated nicotine vaping products.

The report identifies a need for continued monitoring of public perceptions, as the researchers fear that smokers are being deterred by safety fears from using e-cigarettes to quit, which will ultimately cost lives. The report also warns that a ban on flavoured liquids could also deter some smokers from switching to e-cigarettes completely.

Smokers should continue to be encouraged to try regulated nicotine vaping products along with other stop smoking aids and behavioural support, to increase their chances of successfully stopping smoking.

The report also reviews the evidence on vaping among people with mental health conditions and pregnant women, two of the groups among whom the government is focusing its efforts to reduce smoking rates, as set out in the Tobacco Control Plan for England.

The researchers reviewed the literature on vaping among people with mental health conditions and found a small amount of research showing vaping products may reduce smoking, though further research is needed.

They also found health professionals need better information and training to support people with mental health conditions to use e-cigarettes to quit smoking. PHE has today published advice on vaping in NHS mental health trusts. To promote consistency in smokefree policy and practice across such trusts, the advice recommends being clear about where people can and cannot vape in hospital grounds and buildings.

The report recommends that:

It is concerning to see how much the US lung disease outbreak has affected smokers’ views on e-cigarettes here in the UK. Safety fears may well be deterring many smokers from switching, leaving them on a path to years of ill health and an early death due to their smoking. The US authorities have now confirmed that vitamin E acetate, a thickening agent added to cannabis vaping liquid, was a primary cause of the US outbreak. This substance is banned in UK-regulated nicotine vaping products.

E-cigarettes are far less harmful than smoking, which causes 220 premature deaths a day in England. Our advice remains that for anyone who smokes tobacco, the most important thing is to stop smoking altogether and e-cigarettes can be an effective way to help smokers do that.

Our new advice on vaping in mental health trusts is an important step forward in empowering healthcare professionals to talk more confidently with their patients about the benefits of using e-cigarettes to stop smoking. This advice is another step towards the overall goal of a smokefree generation.

The best thing a smoker can do for their health is stop smoking completely. Electronic cigarettes can help some people quit smoking and are a safer alternative.

This report is a further welcome contribution to building the evidence around an important area of public policy and highlights the challenge of maximising the opportunities e-cigarettes present while managing the risks associated with nicotine.

It is currently very hard for smokers to make sense of the many contradictory reports on the impacts of vaping and smoking. In our review we present evidence that suggests in England, vaping has not undermined declines in adult smoking, and for youth, vaping is mainly concentrated in those who were already dabbling in cigarette smoking. However, we need to remain vigilant and ensure that vaping products, alongside regular cigarettes, are not easily accessible to young people.

PHE has commissioned a full review of the evidence on the safety of e-cigarettes, which will be published in 2022. King’s College London will work with a number of different researchers from the UK and US (including some who contributed to the National Academies of Sciences, Engineering and Medicine’s e-cigarette report in in 2018) to conduct this review.

There are over 6 million smokers in England and smoking is still the leading cause of premature death and disease particularly among the most disadvantaged in our society. Helping more smokers quit is vital if we’re to achieve the government’s vision of a smokefree society by 2030, and vaping has a role to play. Vaping has helped many thousands of smokers quit to date. But many thousands more could benefit if they were not put off by the persistent, worsening and inaccurate beliefs the public hold about vaping. Smokers should be reassured by today’s authoritative and detailed report which shows that the UK’s e-cigarette regulations are effective and vaping remains a safer alternative to smoking. I urge smokers to have confidence in our regulatory system and not be put off by alarmist headlines about the risk of vaping which are not backed up by the evidence.

E-cigarettes are a relatively new product, they aren’t risk free and we don’t yet know their long-term impact. So we strongly discourage non-smokers from using them. But research so far shows that vaping is less harmful than smoking tobacco and can help people to stop smoking. This report gives further reassurance to smokers about the relative harms of e-cigarettes compared to smoking tobacco, and also shows the UK is not seeing a rapid uptake in vaping among non-smokers and children, which is good news.

Key findings of the review include:

To see the review in full by Public Health England Click HERE Most smokers  probably average a pack of cigarettes a day. Very few smoke less though they almost all say they do. A cost of say £3,300 a year.  But what would you spend vaping an e pipe?

You can choose to have the nicotine if you wish but you will definitely not have the tar, the carbon monoxide and all the 1000’s of carcinogens found in real tobacco smoke. You will also not disturb anyone else as e pipe vapour is virtually odourless, however you will still have the flavour and the sensation. You will even get your taste buds and ability to smell back.So what is the down side to e pipes? As far as we are concerned there aren’t any. Yes it would be better if you could quit nicotine completely. But most people can’t. And though nicotine is a poison in large does, in these kinds of doses it is a stimulant much like caffeine.

So why do we see so much press saying e cigarettes are dangerous? We can’t answer this question with absolute certainty, but if you ran a business threatened by e smoking vaping you would probably spend some of your profits with some serious PR companies to see it discredited. When compared to tobacco smoking vaping is hundreds if not thousands of times safer. Everybody agrees on that. Cancer Research UK policy manager George Butterworth said: “This is a fast-emerging market but we’re optimistic about the potential benefits of e-cigarettes for helping smokers quit, whilst minimising the potential risks.”

There is no smoke in the vapour from an E pipe.  But what is in this vapour? The liquid inside an electronic cigarette or pipe is the key to delivering nicotine safely. Once heated, it vaporises and is inhaled.

The ingredients used in most E-Liquids and certainly in ours are certified as safe by the FDA and are used in hundreds of thousands of consumer products. For more details click here. 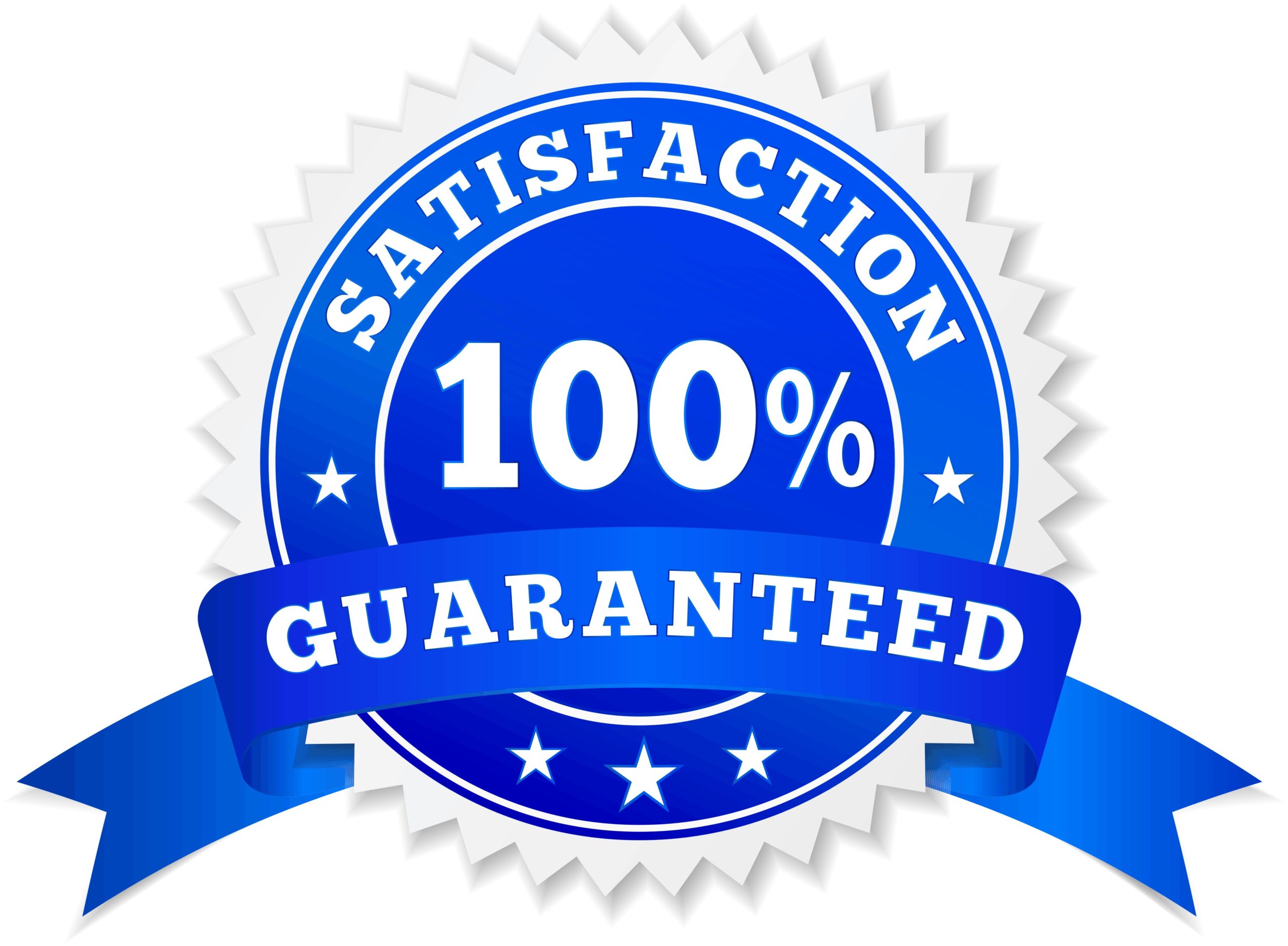 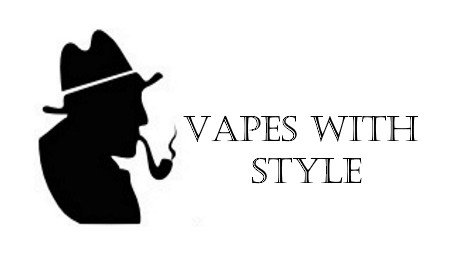